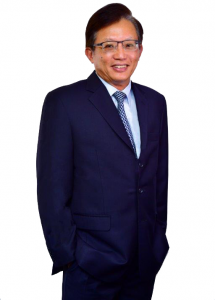 He was awarded the Chartered Financial Analyst (CFA) in 1987 and currently sits on the advisory panel of CFA Singapore. He obtained his Bachelor of Business Administration (Honours) from the University of Singapore in 1976.