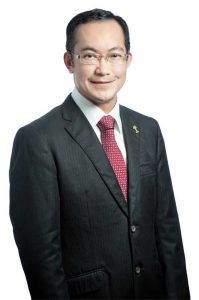 He is presently the Group Managing Director and Chief Executive of IOI Corporation Berhad, a prominent Malaysia-based global palm oil player, and a Board Member of IOI Properties Group Berhad since 2013. He was first appointed to the Board of IOI Corporation Berhad as Group Executive Director in 1996. Prior to his career in the private sector, he served in various capacities in the Attorney General’s Chambers of Malaysia and the Malaysian Judiciary for about four years, with his final position as a Magistrate.

He qualified as a barrister from Gray’s Inn, London, UK. He holds an LLB (Honours) from King’s College London and a Postgraduate Diploma in Finance and Accounting from the London School of Economics.