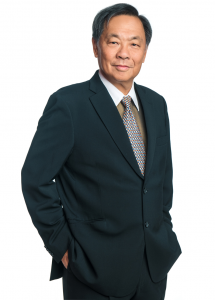 His professional career encompasses an extensive experience running several companies in the transport and engineering sectors, including Singapore Automotive Engineering Group and ComfortDelGro Corporation. He has also overseen business development initiatives and mergers/acquisitions in Europe, Australia and China, as well as the setting up and operating of new business units.

After his retirement as Senior Executive Vice President of ComfortDelGro Corporation in 2007, he was appointed as an advisor and consultant for several companies in Singapore, China, and France.

He obtained both his Bachelor of Engineering (Mechanical) (First Class Honours) and Master
of Science (Industrial Engineering) degrees from the University of Singapore in 1973 and 1979, respectively. He attended the Senior Executive Programme at Stanford University, USA, in 1989.