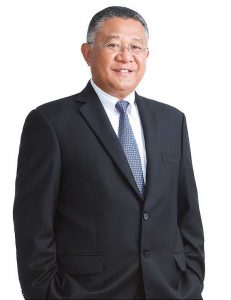 Mr. Roebianto joined the Group in 2003 as General Manager in the Engineering Division of Bumitama Gunajaya Agro (“BGA”), a subsidiary. He currently serves as Chief Operating Officer of the Group, since his appointment on 1 January 2004. He is in charge of leading and coordinating the Group’s overall operational activities, including plantation management, engineering and human capital departments.

His career, now encompassing four decades, began as a Field Superintendent in the Planning Engineering Department of Indo Plywood (“Salim Group”) in 1982 and was subsequently promoted to various managerial positions within Salim Group until he parted ways in 1999. He then served as Director at Chua Sea Joo Plywood Industry Sdn Bhd, Malaysia, from 1999 to 2003. Prior to joining BGA, he was General Manager in PT Tirta Mahakam Resources Tbk.

He graduated with a Bachelor of Civil Engineering degree from the Christian University of Indonesia in 1982.