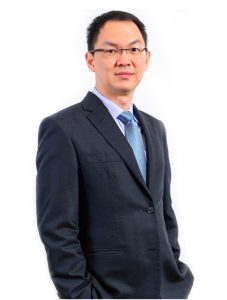 Mr. Sie Eddy Kurniawan joined the Group in 2013 as Chief Financial Officer of the Group, since his appointment on 7 January 2013. He is responsible for supervising and coordinating all activities of the Group’s finance, accounting, and ICT departments. Additionally, he is also overseeing the Group’s strategic and commercial activities.

His estimable career in finance began in 1994, initially as Financial Auditor, and later as Senior Auditor, with Arthur Andersen. He subsequently joined PricewaterhouseCoopers where he rose through the ranks to the position of Vice President in the Financial Advisory Services. In 2005, he served at Sampoerna Strategic Group as Business Development Executive. Prior to joining the Group, from 2007 to 2012, he was the Chief Financial Officer of PT Sampoerna Agro Tbk, a plantation company listed on the Indonesian Stock Exchange.

He obtained his Bachelor of Economics degree from Parahyangan Catholic University, Indonesia, in 1994.